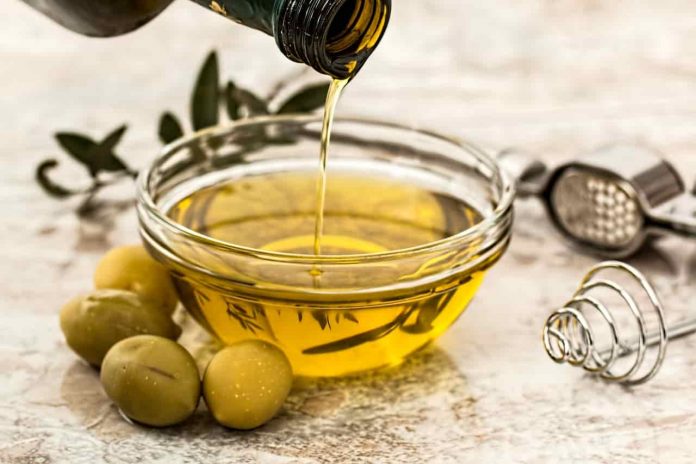 For decades, argan oil has been a culinary staple in Morocco, not just because of its delicate, nutty flavor, but also because of its vast range of potential health advantages. The argan tree’s fruit kernels are used to extract this naturally occurring plant oil. Argan oil is a Moroccan oil that is currently used all over the world for cooking, cosmetics, and medicine.

In today’s article, we’ll go over 14 reasons why you should start using Argan Oil right away.

Simple to Include in Your Routine

As argan oil has grown in popularity, it is now easier than ever to incorporate it into your health and beauty regimen. It’s widely available in most large supermarkets, pharmacies, and internet merchants. For decades, argan oil has been used in cooking, cosmetics, and medicine.

Assist in the Healing of Wounds

Antioxidants are unquestionably important. Argan oil contains a good combination of antioxidants and vitamin E, which can be used to quickly cure wounds and injuries. To reap the benefits of argan oil supplements, you should take them on a daily basis. Argan oil can help wounds heal faster. In one animal study, rats administered argan oil twice daily for two weeks on second-degree burns showed a significant improvement in wound healing. Although this information cannot prove anything with certainty, it does point to argan oil’s possible significance in wound healing and tissue restoration.

Argan oil is a rich source of oleic acid, an omega-9 monounsaturated fat. Oleic acid can also be present in a range of different foods, such as avocado and olive oils, and it has heart-healthy properties. Argan oil beat olive oil in lowering the risk of heart attack by changing the amounts of antioxidants in the blood, according to a small human trial. In a heart disease risk analysis of 40 healthy people, those who drank 15g of argan oil every day for 30 days had their “bad” LDL and triglyceride levels decline by 16 percent and 20%, respectively.

Early animal studies suggest that argan oil may aid in the prevention of diabetes. In two investigations, mice fed a high-sugar diet along with argan oil showed significant reductions in fasting blood sugar and insulin resistance. The antioxidant content of the oil has been attributed to these advantages in general. However, similar findings do not necessarily imply that the same outcomes have occurred in humans. Testing on humans is also essential.

Argan oil is sometimes used to remove and decrease stretch marks, but no research has been done to back up this claim. There is no conclusive proof that any type of topical lotion may effectively reduce stretch marks. However, the research found that argan oil can help reduce inflammation and promote skin suppleness, which could explain why so many people are convinced by it for stretch marks.

Argan oil’s various phenolic components are thought to be responsible for much of the oil’s antioxidant and anti-inflammatory characteristics. Vitamin E, also known as tocopherol, is a fat-soluble vitamin that acts as a potent antioxidant, reducing the negative effects of free radicals. Other antioxidant components found in argan oil include plant sterols, CoQ10, and melatonin.

Is a Treatment for Acne

Some reports claim that argan oil is an excellent acne treatment, although this has yet to be proven in clinical tests. Argan oil ingredients that are antioxidant and anti-inflammatory can assist to reduce redness and skin irritation caused by acne. Oil can also cause skin hydration, which is necessary for acne prevention.

Take Care of Some Skin Issues

Argan oil has traditionally been used to promote the health of the skin, hair, and nails, both orally and topically. It has a number of beneficial benefits and vitamins that work together to promote the skin’s health. For decades, argan oil has been a popular home cure for the treatment of inflammatory skin conditions, particularly in North Africa, where argan trees thrive. Despite the lack of scientific evidence supporting argan oil’s capacity to treat certain skin ailments, it is nonetheless commonly utilized for this purpose. Argan oil, on the other hand, appears to include a variety of antioxidants and anti-inflammatory chemicals, which could explain why it helps to treat skin tissue.

Some cancer cells’ growth and replication can be slowed by argan oil. Polyphenolic components from argan oil were introduced to prostate cancer cells in one test-tube study. In breast and colon cancer specimens, the extract inhibited cancer cell development while argan oil and vitamin E increased cell death.

Reduce the Signs of Aging on the Skin

Argan oil has quickly become a popular ingredient in a variety of cosmetics. According to several studies, consuming argan oil as part of a healthy diet can help to slow down the aging process by lowering inflammation and oxidative stress. When applied directly to the skin, it may aid in the restoration and preservation of healthy skin, hence decreasing the visible signs of aging.

Take care of your skin and hair by moisturizing them

Oleic and linoleic acids, which make up the majority of argan oil’s lipid content, are necessary elements for maintaining healthy skin and hair. Argan oil is typically applied directly to the skin and hair, but it can also be ingested. In one study, both oral and topical argan oil administration enhanced skin moisture levels in postmenopausal women. While no research has been done on argan oil’s usage for hair health, several studies suggest that other plant oils with a similar nutritional profile can help prevent split ends and other types of hair damage.

Reduces the oiliness of the skin

The majority of us have naturally oilier skin than others. Those who go out of their way to avoid the greasy gleam that can occur. Argan oil’s sebum-reducing properties will aid to lower overall sebum production and oiliness of the skin. In one study, applying an argan oil-based lotion twice a day for four weeks resulted in significant reductions in sebum activity and oiliness.

Oil For Shaving And Balm For Aftershave

Argan oil is excellent for shaving and aftershave balms. Apply Argan oil on your skin before shaving to soften the hair, making shaving easier and reducing the risk of being cut. Apply the oil as an aftershave balm after shaving to help mend cuts, smooth the skin, and contain any stray hairs.

Is a good source of important nutrients

Fatty acids and phenolic compounds make up the majority of argan oil. The fatty acids oleic and linoleic acid form the majority of the fat in argan oil. Linoleic acid, also known as omega-6, accounts for about 29–36 percent of the fatty acid content of argan oil, making it a good source of this nutrient. While oleic acid isn’t required, it makes up 43–49 percent of argan oil’s fatty acid content and is thus a healthy fat. Oleic acid, which is also found in olive oil, is well-known for its heart-health benefits. Argan oil is also high in vitamin E, which is necessary for healthy skin, hair, and eyes. This vitamin is also an excellent antioxidant.

It contains a lot of essential nutrients, vitamins, and anti-inflammatory compounds. Argan oil may help prevent chronic diseases like heart disease, diabetes, and cancer, according to preliminary research. It can also be used to treat a variety of skin conditions. While current research cannot conclusively state that argan oil is effective in treating all of these conditions, many people report positive outcomes after using it. If you’re interested in utilizing argan oil, it’s simple to find and use.